How to create and run custom models, dashboards, and applications on Saturn Cloud
A
Written by Alex Foran
Updated over a week ago

Custom Deployments are custom-defined applications that run inside your Saturn's Kubernetes cluster. A deployment can be a model, a dashboard, or another application. Custom Deployments use the same libraries, conda environment, and image that your Jupyter instances use, meaning that they can be developed inside of Jupyter Lab.

Custom Deployments are assiged a public-facing hostname once created. Port 8000 will forwarded from the load balancer to the deployments' container(s). The server or process should also be bound to 0.0.0.0 (the below example does not require this - some frameworks, such as Flask, will bind to 127.0.0.1  by default).

For example, using the following script at project/hello.py:

As seen in Jupyter Lab: 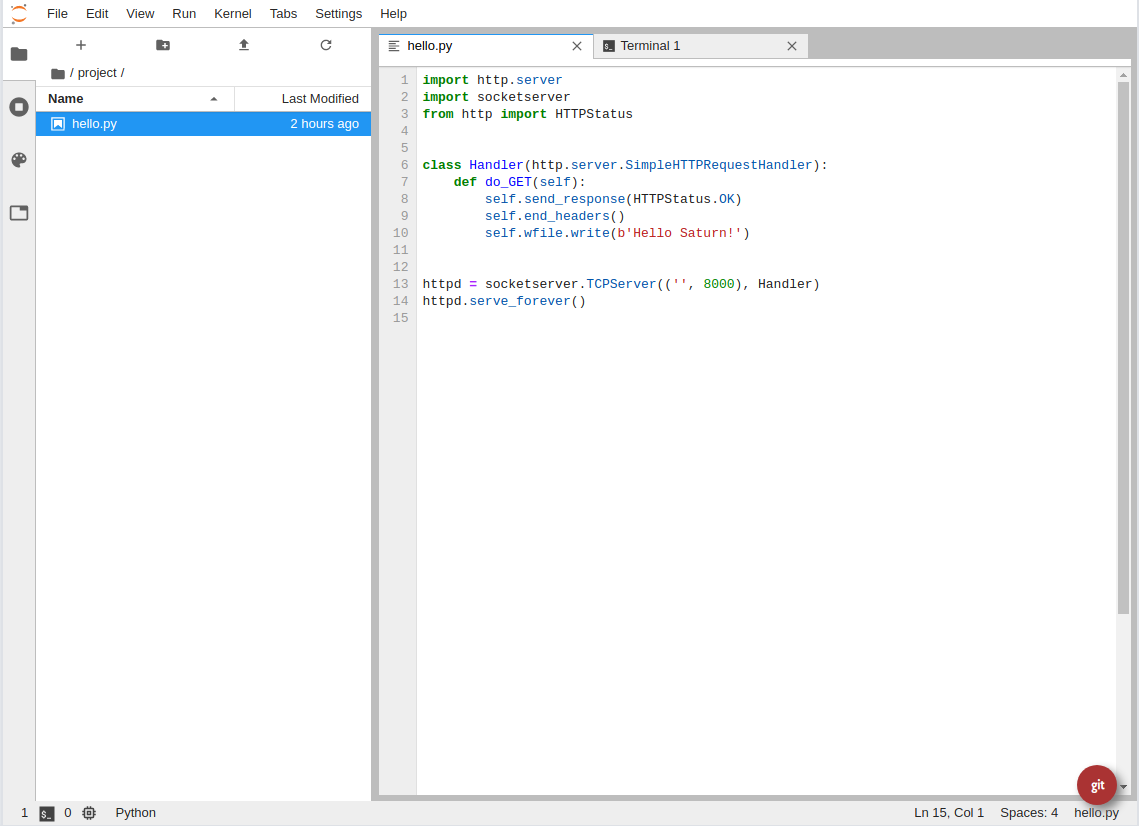 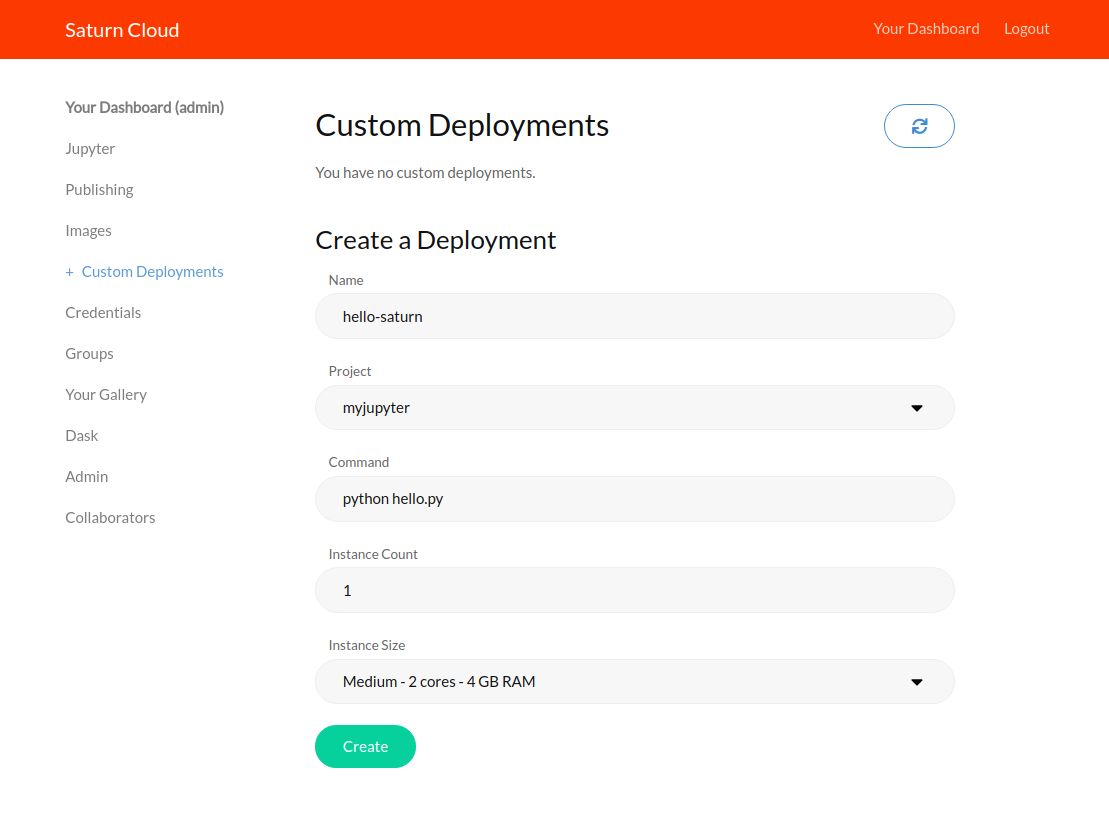 To run the example hello.py above, the command is simply python hello.py - the container starts in the project (/home/jovyan/project) directory. Once the settings have been set as desired, click Create. The new Custom Deployment will show on the top of the page:

Initially, the status will be "Pending", with zero instances running. This should progress to "Ready" shortly (the first deploy may take several minutes - subsequent deployments should be faster).

Custom Deployments are protected by an internal authentication layer. When accessed, the user's Saturn session is verified. If the user is not signed in, they will be prompted to sign in. Currently, any signed-in Saturn user can access the deployment - finer-grained access controls are coming in a future release.

Example usage for the above hello.py example:

Sessions prepared in this way have their tokens expire after 60 minutes - the function will need to be called periodically to ensure that it has a valid token.

Updating and Redeploying a Custom Deployment

When a Custom Deployment is created, the current HEAD commit from its project's git repository is used for all containers, no matter how many there are. This means that the project can be freely modified and updated without a need to worry about breaking deployments, but it also means that deployments do not automatically update. To sync a deployment's containers up to the latest code, click the "Sync" button in the deployment's details.

If a Custom Deployment is temporarily not needed, its instance count can be set to zero in an update. This will cause it to not incur any extra infrastructure costs. It can then be changed to whatever count is desired when it is needed again.

The Deployment never gets to "Ready" status

The most likely cause of this is that deployment's containers are either crashing, or exiting too quickly. Kubernetes expects deployments' containers to be long-running processes - if the deployment's code is a simple short task, such as something that pulls work from a queue, it may need to be changed to a loop.

If the containers are crashing, errors should be shown in the deployment's logs.

The Deployment's status is "Ready", but accessing the resource gives a status 502

The most likely cause of this is that nothing is bound to port 8000 within the deployment's containers. 8000 is the only forwarded HTTP port - applications need to bind to it to be accessible. Another possibility is that the server is bound to 127.0.0.1  and not 0.0.0.0  - it needs to listen on all addresses to be accessible from outside of the container.